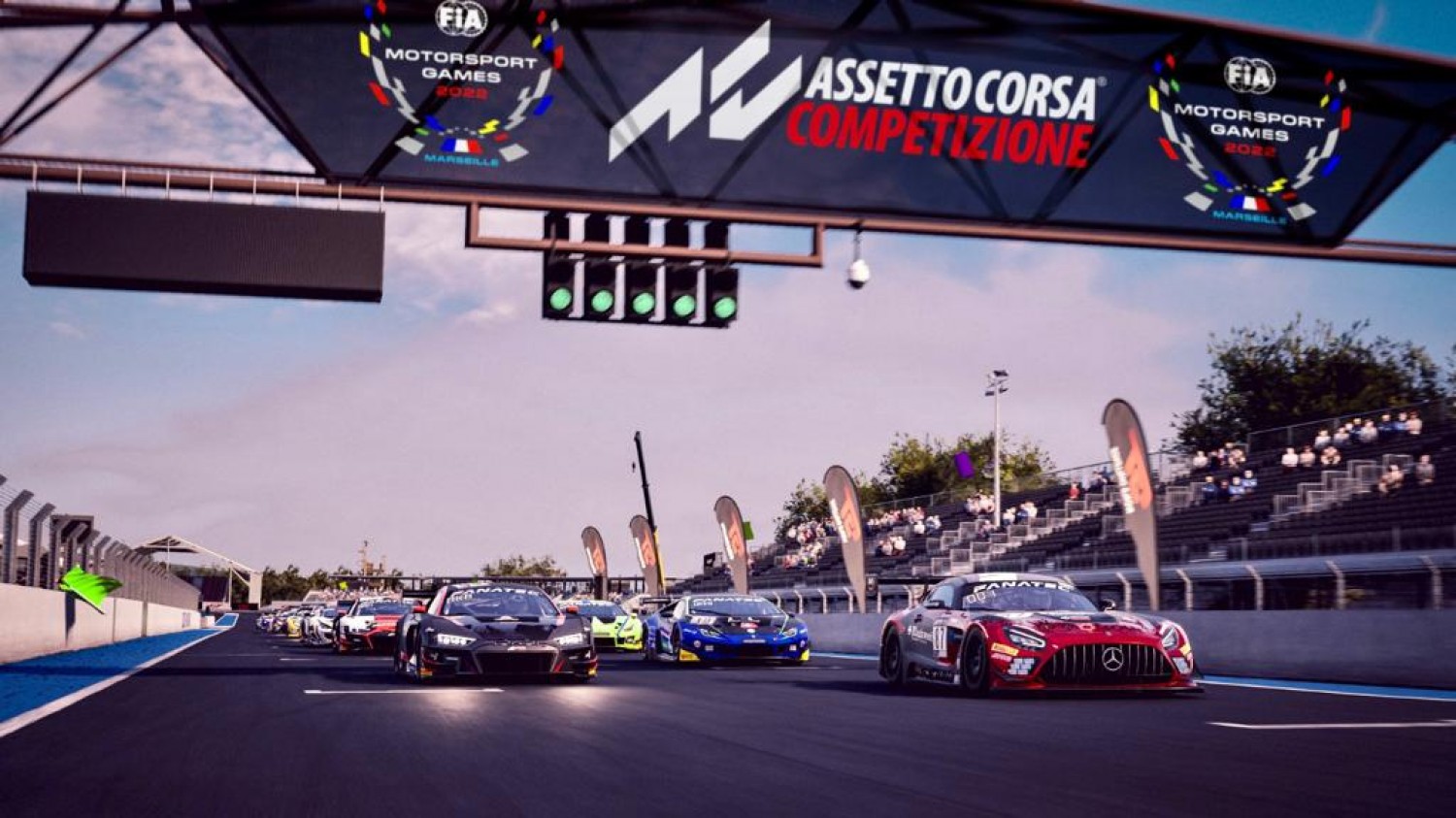 The world’s finest esports competitors are set to take part in the 2022 FIA Motorsport Games, with Esports confirmed as one of the 17 competition disciplines for the second edition of the event being staged 26-30 October in Marseille.

Each FIA (Fédération Internationale de l’Automobile) National Sporting Authorities (ASNs)  can nominate a single driver for the Esports competition, which was known as the “Digital Cup” in the inaugural FIA Motorsport Games in 2019 in Italy.

The 2022 competition will utilise the world-renowned Assetto Corsa Competizione platform with racers competing in virtual GT3 cars – digital versions of the same cars that will compete in GT, GT Sprint, and Endurance disciplines at the event.

The inaugural FIA Motorsport Games gold medalist in the discipline was Australian driver Cody Nikola Latkovski who qualified second fastest for the event in 2019 and took victory in Semi-Final B before taking the gold medal.

With part of the goal of the FIA Motorsport Games to introduce competitors from non-traditional motorsport countries, the 2019 silver medalist was a standout performer – Costa Rica’s Bernal Valverde finishing runner-up ahead of Italian bronze medal winner Stefano Conte.

A knock-out format will decide the 20 finalists for the Esports FIA Motorsport Games competition. More than 80 individual racers from countries around the world are expected to compete in the event, all racing for national pride at Circuit Paul Ricard’s Mistral Hall – overlooking the famous Mistal Straight at the home of the French Grand Prix.

Competition in the Esports discipline will begin on Thursday, October 27, with the final taking place on Saturday evening, October 29. This event is expected to feature the largest number of entries of any discipline in the second edition of the Games.

For the 2022 FIA Motorsport Games, Kunos Simulazioni will make a custom build of the circuit for the event.

“Working hand in hand with ASNs, we strongly believe that the FIA Motorsport Games Esports discipline can help to introduce competitors from non-traditional motorsport countries and unearth stars of the future.

“We are delighted to be able to work with Kunos Simulazioni and use their Assetto Corsa Competizione product at this occasion. It is one of the most popular esports titles in the industry, as well as among our ASNs, so being able to collaborate with them is great.”

Marco Massarutto, co-founder and Executive Manager of Kunos Simulazioni, said: “We are very pleased to be the choice of the FIA for the Motorsport Games, as with Assetto Corsa Competizione we raised the bar even higher than with Assetto Corsa, bringing the thrill of real racing simulation to a very high number of countries, that we are looking forward to see competing in an event where each of the sim racers can make his or her nation proud.

“We love racing and sports, and with Assetto Corsa Competizione each player has the opportunity to prove that skills, focus, and dedication can make the same difference in Esports like when racing on a real track.”

AK Informatica, meanwhile, will support the FIA Motorsport Games as the Esports production partner, coordinating the qualifier stages and producing the live-stream broadcast.

Entries for the 2022 FIA Motorsport Games opened last Wednesday, 15 June via the dedicated FIA registration platform. Competitors wishing to represent their country are encouraged to contact their respective National Sporting Authorities, a full list of which can be found here: fia.com/members/member_club/sport-mobility-3/member_club/sport-1

We use cookies on our website to give you the most relevant experience by remembering your preferences and repeat visits. By clicking “Accept”, you consent to the use of ALL the cookies.
Cookie SettingsACCEPT
Manage consent

This website uses cookies to improve your experience while you navigate through the website. Out of these, the cookies that are categorized as necessary are stored on your browser as they are essential for the working of basic functionalities of the website. We also use third-party cookies that help us analyze and understand how you use this website. These cookies will be stored in your browser only with your consent. You also have the option to opt-out of these cookies. But opting out of some of these cookies may affect your browsing experience.
Necessary Always Enabled
Necessary cookies are absolutely essential for the website to function properly. These cookies ensure basic functionalities and security features of the website, anonymously.
Functional
Functional cookies help to perform certain functionalities like sharing the content of the website on social media platforms, collect feedbacks, and other third-party features.
Performance
Performance cookies are used to understand and analyze the key performance indexes of the website which helps in delivering a better user experience for the visitors.
Analytics
Analytical cookies are used to understand how visitors interact with the website. These cookies help provide information on metrics the number of visitors, bounce rate, traffic source, etc.
Advertisement
Advertisement cookies are used to provide visitors with relevant ads and marketing campaigns. These cookies track visitors across websites and collect information to provide customized ads.
Others
Other uncategorized cookies are those that are being analyzed and have not been classified into a category as yet.
SAVE & ACCEPT